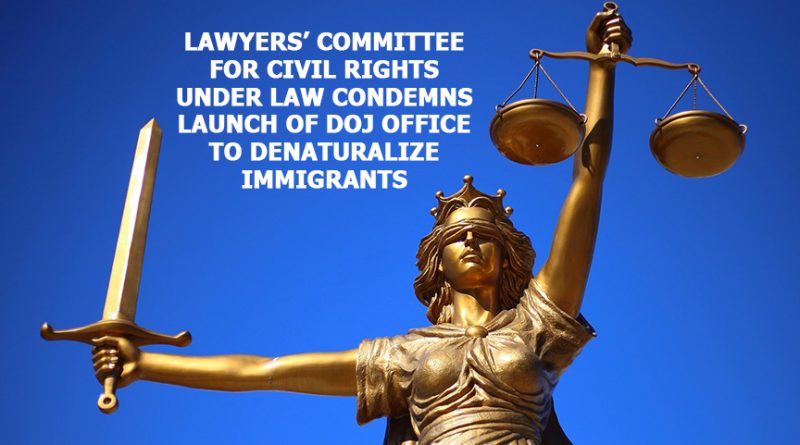 Washington, D.C.– Yesterday, the U.S Department of Justice announced that it is establishing an Office to Denaturalize Immigrants. The new office would work to strip citizenship rights from certain naturalized immigrants. Kristen Clarke, president and executive director of the Lawyers’ Committee for Civil Rights Under Law, issued the following statement:

“We condemn this administration’s move to establish a new Department of Justice unit focused solely on the denaturalization of American citizens. From his first day in office, President Trump has been openly hostile toward Black and brown immigrants and people of color; communities that will undoubtedly be the core focus of the new unit at the Department of Justice. This news comes less than a week after the expanded Muslim Ban and is another clear example of the Administration’s racial animus against immigrants of color. The establishment of this office is intended to stoke fear among immigrant communities.”

Clarke continued: “We will continue to stand by immigrants and people of color by advocating for equal justice under the law. It is our responsibility as racial justice advocates to hold the Trump Administration accountable.”

About the Lawyers’ Committee for Civil Rights Under Law 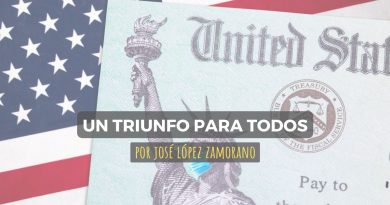 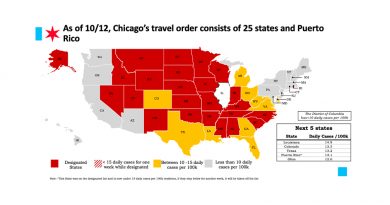